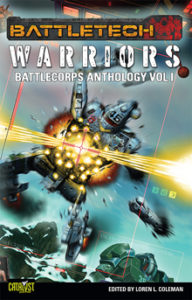 The great Star League general, Aleksandr Kerensky. Colonel Archer Christifori, a man with a score to settle. Neilson Geist, on Christmas patrol. MechWarrior Joanna of Clan Jade Falcon. A Sandoval scion. An eleven-year-old girl. Northwind Highlanders. A prisoner of war. They all have two things in common.

A mission, to stand up against the darkness.

This compilation contains a selection of eighteen of 2004’s best fiction pieces, as well as an all new story about young Kerensky by Loren L. Coleman! 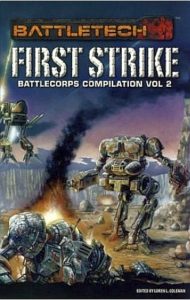 Three hundred years. An age of chivalry and brutality. Of star empires.

Princes and generals. Soldiers and spies. An age where heroes rally to hold back the darkness. And even the most unlikeliest of hands may determine the fate of millions. An age of duty, loyalty, and terrible choices. 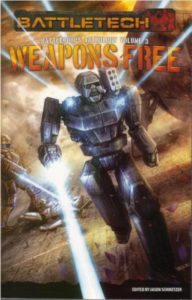 A man scrabbles to find the BattleMech that will make his fortune. A deadly tank gunner ponders the cost of his calling. An iconic battalion fights its last battle. And in the Deep Periphery, desperate stirrings of horrible weapons breed rumor and betrayal…

Savvy readers will recognize now-familiar names in BattleTech lore among the authors: Steven Mohan, Jr., Kevin Killiany, Phaedra Weldon, Jason Schmetzer, Ben Rome and Herbert Beas. These writers have shaped the direction of the BattleTech universe; in 2006, with these stories, they were exploring the freedom they’d earned to do just that. 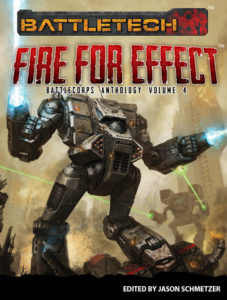 A massive invasion fleet is destroyed almost to a man. Legions of soldiers, confident of victory, are cut down before they even reach the ground. Those that do make landfall are bombarded and shattered and rained with nuclear fire. Elsewhere, veterans long retired from combat are called back to duty by desperate times. Explorers comb unknown worlds for hints to explain deadly evils.

Savvy readers will recognize now-familiar names in BattleTech lore among the authors: Steven Mohan, Jr., Kevin Killiany, Phaedra Weldon, Jason Schmetzer, Jason Hardy and Herbert Beas. These writers have shaped the direction of the BattleTech universe. In 2007, with these stories, they took the fictional storylines of the BattleTech universe to new and violent heights. Worlds rose and fell, and empires toppled. Armies of BattleMechs and fleets of WarShips fought and perished.
And beneath all of it, the spidery tendrils of the Word of Blake sowed mistrust and conflict in every realm. 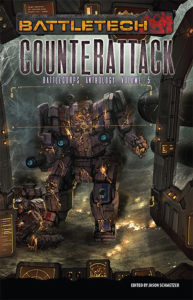 A Star League Gunslinger fights against overwhelming odds during a rebellion. A dauntless warrior faces his most painful trial yet, far from home and all but alone. Mercenaries, betrayed from within, lash out at all who threaten them. And the Word of Blake, always present, plots and schemes and maneuvers allies against each other.

Savvy readers will recognize now-familiar names in BattleTech lore among the authors: Steven Mohan, Jr., Kevin Killiany, Phaedra Weldon, Jason Schmetzer, Jason Hardy and Blaine Lee Pardoe. These writers have shaped the direction of the BattleTech universe. In 2008, with these stories, they took the fictional storylines of the BattleTech universe in hand and fought back. They told the stories that demonstrated the indomitable will that has carried BattleTech readers across more than 25 years of publication. 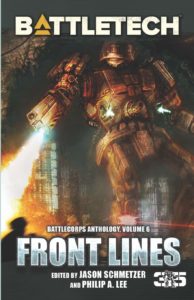 Inhuman cybernetic soldiers invade a peaceful world, bringing terror and misery in the name of a new flag. A young soldier, part of the most maligned military machine in history, struggles to find meaning in his service. And the prince of a star-spanning empire discovers that not even he can protect the people he loves.

Readers will recognize familiar names in BattleTech lore among the authors: Steven Mohan, Jr., and Blaine Lee Pardoe, who welcome newer writers such as Jason Hansa, Christopher Purnell and Craig A. Reed, Jr. These writers have shaped the direction of the BattleTech universe. In 2009, with these stories, they told the stories that demonstrated the indomitable will that has carried BattleTech readers across more than 25 years of publication. 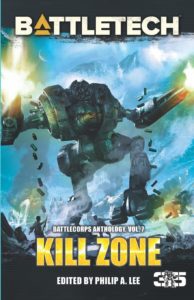 A young Davion MechWarrior seeks to repay a debt incurred by the misfortunes of the Fourth Succession War. A tightly-knit farming community bands together to repel vicious pirates or risk losing their livelihoods…and their lives. A Kurita MechWarrior given a final chance to serve the Dragon stands alone against renegade mercenaries. And the survivors of a crash-landed Steiner command must hold the line against ravenous Word of Blake forces to protect the Allied Coalition’s quest to wrest Terra from the Blakists’ unyielding grip. 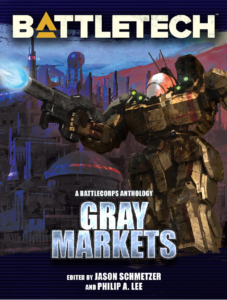 COMBAT IS THEIR BUSINESS…

And business is good in the 31st century as the Third Succession War rages on battlefields ruled by the almighty BattleMech: ten-meter-tall humanoid machines of pure destruction. Continuous warfare between the five Great Houses of the Inner Sphere has led to a steep technological decline, forcing the nobility of these vast interstellar empires to rely on mercenaries to augment their standing armies and gain crucial advantages against their enemies. However, that House nobleman may be paying your unit’s bills one day, but sending you straight into a trap tomorrow. BattleMechs may be the kings of the battlefield, but money, power, and machinations are just as important in victory as an autocannon barrage.

This anthology of hard-hitting BattleTech action includes six short stories that demonstrate how Machiavellian nobles, greedy pirates, and desperate mercenary units can change the course of Inner Sphere history. Take up the cause and charge your way through war-torn tales by veteran BattleTech authors such as Chris Hussey, Philip A. Lee, and Craig A. Reed, Jr. 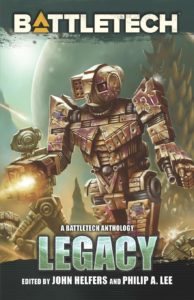 IN THE 31ST CENTURY, LIFE IS CHEAP…

A Draconis Combine warrior struggles with immoral orders in the First Succession War. A House Davion MechWarrior participates in a risky heist as part of Operation Guerrero. A history buff battles the Word of Blake during the Liberation of Terra. What do these MechWarriors have in common? Each one pilots the same BattleMech, a survivor that has been repaired and rebuilt countless times throughout its long and bloody 300-year lifespan.

The seventy-ton GHR-5H Grasshopper can outmaneuver and outlast some of the most fearsome enemy ’Mechs, making it an invaluable asset to battlefield commanders. Even an incapacitated Grasshopper will be rebuilt to fight another day, with a new pilot at its controls, because MechWarriors can be replaced, but ’Mechs cannot.In BattleTech: Legacy, thirteen all-new stories chronicle the fortunes and tragedies of a single ’Mech across several tumultuous points in its wide-ranging combat history. Veteran BattleTech authors Kevin Killiany and Craig A. Reed, Jr. bookend this exciting collection, while other familiar names and new blood explore important moments in this ’Mech’s history of constant, unmitigated warfare that leaves no corner of the Inner Sphere untouched. 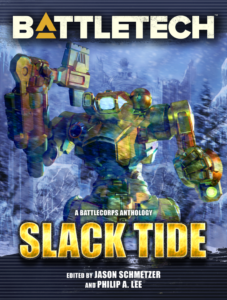 PEACE MAY SELL…BUT WHAT IF NO ONE’S BUYING?

On 21 May 3052, the seemingly unstoppable military juggernaut of the invading Clans was defeated in a pitched campaign on the quiet world of Tukayyid. This astonishing victory bought the weary armies of the Inner Sphere a fifteen-year stay before the invasion can resume. But despite the truce, the fire driving the Clans’ centuries-long quest to conquer Terra, the birthplace of humankind, and rebuild Inner Sphere civilization in their warmongering image has not been extinguished. Conflict still rages above the truce line, and the Clans are biding their time until the tide of war can surge up and flood the Inner Sphere once more.

Slack Tide collects nine stories that chronicle the life-and-death struggles still being waged in the wake of Tukayyid’s so-called peace. Fan-favorite authors such as Jason Hansa, Philip A. Lee, and Craig A. Reed, Jr. spin tales of undercover operatives seeking to gain the secrets of Clan BattleMech technology, Inner Sphere MechWarriors attempting dangerous escapes from Clan-controlled planets, and mercenaries fighting to protect the only things that truly matter to them—themselves and their loved ones.

The Clans’ invasion may have been temporarily halted, but the true battles for the future of the Inner Sphere have only just begun…