Und jetzt gibt es auch den zweiten Chat. Viel Spaß damit.
Greetings:
[01:02] <@Habeas2> Welcome to the second BattleChat of the Third BattleChat Day
[01:02] <@Habeas2> 2013
[01:03] <@Habeas2> The standard rules and comments for these chats apply: Be courteous, and I’ll answer questions to the fullest of my ability in the order they appear. Don’t be courteous, and I boot your asses out of here.
[01:03] <@Habeas2> Logging’s entirely up to you, because I won’t do it.
[01:04] <@Habeas2> That said….let us begin
In-Character Chat:
[01:03] <MikeCJ> Are we ever going to get another „in-character“ chat?
[01:04] <@Habeas2> MikeCJ – Sure we will. Just no idea when.
Alpha Strike:
[01:05] <Jo_Jo_Monkey> Is the Alpha Strike book considered a “core” rulebook?
[01:06] <@Habeas2> Jo_Jo_Monkey – It is core in the same way the A Time of War Companion is considered core, but it is not an actual part of the Total Warfare-Interstellar Ops thing.
[01:38] <Nerroth> Is there a particular era in which Alpha Strike will be set, or will it come with enough rules to allow it to cover all six currently-listed eras?
[01:39] <@Habeas2> Nerroth – Yes
[01:40] <Nerroth> So, if a new player were handed a copy of AS, along with a copy of a 3145 pdf (as and when such a file becomes available), he ir she would have all they need to get started with Quick Stike-level play in the Dark Age era?
[01:41] <Nerroth> I mean, a pdf QS set based on the units in TRO: 3145, akin to the sets already available for the likes of TRO: 3050.
[01:41] <@Habeas2> Nerroth – It is possible, yes.
Hex Pack:
[01:05] <megatrons2nd> Are you able to tell us what the next Hex Pack is, and if so what is it?
[01:08] <@Habeas2> Megatrons2nd – The next Hex Pack will be a special Tactical Operations counters pack.
[01:54] <megatrons2nd> on the Hex Packs, will we see any new maps?
[01:56] <@Habeas2> Megatrons2nd – Yes, of course.
[01:58] <megatrons2nd> will we see an increase in the rate of hex pack releases?
[02:00] <@Habeas2> Megatrons2nd – Probably not
Field Reports:
[01:06] <Circinus_Enquirer> I’m eagerly awaiting the Field Report 2765 series.  As you move on with 1st Succession War Era Report, 2nd Succession War Era Report, etc., will there be any sort of „Field Report: Updates“ to track what’s died off and what new formations have arisen?
[01:09] <@Habeas2> Circinus_Enquirer – If/when we detail the Succession Wars, it should become apparent what regiments rise and fall by simply comparing the forces at each period.
Core Rule Books:
[01:09] <Jo_Jo_Monkey> Is this the correct list of „core“ books: A Time of War RPG, Strategic Operations, Tactical Operations, TechManual, Total Warfare, Interstellar Operations, Classic BattleTech Universe?
[01:14] <@Habeas2> Jo_Jo_Monkey – The original planned set of core rulebooks was: Total Warfare, TechManual, Tactical Operations, Strategic Operations, and BattleTech Universe. SInce then, we have ammended it with a couple of supporting core books, in the form of A Time of War Companion and Alpha Strike.
[01:19] <Jo_Jo_Monkey> One last question on core books: is Interstellar Operations going to be considered a core book?
[01:20] <@Habeas2> Jo_Jo_Monkey – Yes
Interstellar Operations:
[01:10] <megatrons2nd> How is IO coming?  Has it expanded to 3 books yet?
[01:15] <@Habeas2> Megatrons2nd – I wouldn’t be surprised.
Operation Klondike/Rememberance:
[01:14] <Circinus_Enquirer> I was just comparing the Operation KLONDIKE account of DeChevilier’s death to those in the Wolf and JF books, and in „Fall From Glory“ and found significant variances.  When looking at the same event covered by multiple sources, where do passages from The Remembrance rank in terms of canonicity?
[01:16] <@Habeas2> Circinus_Enquirer – The Remembrance is a stylized and very biased account, so I’d say it falls below more balanced historical accounts.
Wolf Empire/Map:
[01:15] <Nerroth> In A Bonfire of Worlds, there is a series of maps showing the gradual expansion of the Wolf Empire in its formative years. Will a similar set of maps be included in Era Report: 3145, or will that book only have a map showing the state of play in 3145 itself?
[01:19] <@Habeas2> Nerroth – You know, I can’t quite remember. There will be at least one overall map, but there may also be some supporting maps covering the conflicts going on up to that point.
Field Manual 3145/Map:
[01:20] <Nerroth> I see, thanks. Speaking of maps, have there been any further thoughts on whether or not to offer a map preview from Field Manual: 3145?
[01:21] <@Habeas2> Nerroth – Not really, no.
Battlecorps:
[01:18] <wolflancer4> can we expect any new short novels from BattleCorps soon?
[01:20] <Schmetzer> wolflancer4: yes
[01:21] <@Habeas2> (Whoa; didn’t even see you come in, Jason!)
[01:21] <wolflancer4> hes sneaky that way
[01:21] <Schmetzer> (I’m not here–this is all a figment of your imagination)
[01:23] <Circinus_Enquirer> In the past, BattleCorps published serials of themed short stories – „Case White“ „Operation RAT,“ etc.  Any plans at present to do any more themed fiction marathons?
[01:25] <@Habeas2> Circinus_Enquirer – That depends on what Jason and I hammer out, I suppose. Jason, any thoughts?
[01:25] <Schmetzer> Circinus_Enquirer: perhaps. There is nothing currently in development, except one big 4-part novella series that will likely launch next week and proceed across 1-2 months. Not really themed, though it’s one big story.
[01:30] <Circinus_Enquirer> Can we expect to see any more Ship/Stable/Unit profiles and/or Tracks/Scenarios on BattleCorps?
[01:31] <@Habeas2> Circinus_Enquirer – That’s another for Jason. I’ll let him answer.
[01:33] <Trboturtle> Anything special Battlecorps needs?

[01:34] <Schmetzer> Trboturtle: writers to finish stories, move them out of workshop, and submit them.

) be Hogarth’s reaction upon seeing a Colossii-class SuperHeavy ‚Mech?
[01:45] <@Habeas2> Circinus_Enquirer – Hogarth did not live to see the first Colossi.
[01:46] <Drufause> (o.O) Hogarth Died?  What the sky is falling
[01:49] <@Habeas2> Drufause – The man was ancient when the Jihad ended! You really think he had another 60 years in him?
[01:49] <Trboturtle> Well, he was a blowhard…..
[01:45] <Drufause> I thought Hogarth was the one who smuggled the bloody katana in cause I mean who has the guts to search him
Gunslingers:
[01:24] <Drufause> Will there be a return of Gunslinger status Pilots in Battletech Cannon the way they were mentioned in the Dark Age?
[01:27] <@Habeas2> Drufause – We call those „Notable Pilots“ in the „classic“ BattleTech lore, so they never really left.
Chainelanes:
[01:25] <Nerroth> Would it be more likely to expect an update on the Chainelanes when looking at the Sea Fox presence in the Chaine Cluster (should there continue to be one by 3145), rather than expecting to see the Isles covered in and of itself?
[01:28] <@Habeas2> Nerroth – I can tell you the Chainelanes are mentioned in the 3145 books, yes.
Canonicity:
[01:27] <Circinus_Enquirer> Are some of the „in passing“ references made in some of the early fiction canon, or can we assume that they’ve been dropped from existence?  For example, the Erit Cluster from Decision at Thunder Rift – a trading hub run by House Mailai – yet appears on no maps and was never mentioned again.
[01:28] <@Habeas2> Circinus_Enquirer – I wouldn’t worry about that.
“Classic” Title:
[01:29] <megatrons2nd> When crossing into the future, will Battletech once again become „classic“ to differentiate the old and new rules/equipment?
[01:30] <@Habeas2> Megatrons2nd – No

Interstellar Expeditions:
[01:29] <Nerroth> Will there be an update on Interstellar Expeditions‘ current state of affairs as of 3145; and if so, would they be put into the same category as ComStar and/or any other „corporate“ entities of note in the setting?
[01:31] <@Habeas2> Nerroth – There are no immediate plans to update the status of Interstellar Expeditions in detail, though we will see some indicators that they are alive and well in the 3140s.
[01:32] <Nerroth> At least, it’s good to hear that the organisation is still functioning; after ISP3, it would be a shame for the organization to buckle under the strain of the post-blackout era.
Alaric Ward:
[01:31] <Pa_Weasley> Does the BTU at large ever learn the truth of Alaric Ward’s heritage? Is there a collective „ewwww“ following the revelation?
[01:32] <@Habeas2> Pa_Weasle – I am afraid that passes the current timeline and enters into an area I am not presently allowed to discuss.
Release Schedule/Historicals:
[01:32] <Savage_Coyote> Are there any Historicals in the works in the „relatively?
[01:32] <Savage_Coyote> crap…. are there any historicals in the works relatively soonish in the lineup?
[01:33] <@Habeas2> Savage_Coyote – You just got Liberation of Terra II! The next Historical is right now in solicitation phase (the point where we see which of our freelance writers are interested in taking on the project).
[01:34] <Nerroth> Would that Historical be Wars of the Republic Era, or has someone already been selected to head up that project?
[01:35] <@Habeas2> Nerroth – That would be that.
Technology Development:
[01:33] <Garydee> Do you see the IS and the Clans copying each other’s technologies more than what they do now? Ex- Do you see the Clans developing their own ELRM technology and the IS developing heavy lasers?
[01:34] <@Habeas2> Garydee – That is beyond the current time frame and into a region of the timeline I am not presently allowed to discuss.
Psychic Abilities:
[01:38] <Circinus_Enquirer> What’s the official position on psychic abilities in the BattleTech universe?  I’ve heard before that „the Nova Cats just smoke some strange things,“ but elements of recent sourcebook fiction (Pulsar, Hard Justice) keep hearkening back to precognitive visions.  (High Ranked Sixth Sense ability?)
[01:39] <@Habeas2> Circinus_Enquirer – Open to limited interpretation.
3145:
[01:46] <Nerroth> Without giving too much away, will there be any mjaor changes in the state of affairs as had been left for the antispinward Inner Sphere by the end of Bonfire and the point at which we pick things up again in 3145, or would the intervening time period act as more of a breathing space for the factions involved?
[01:49] <@Habeas2> Nerroth – We’ll see.

Sonja Amore/Naamah:
[01:46] <MikeCJ> Was it Avitue or Sonja Amore executed for failing as she infiltrated the Paladins?
[01:50] <@Habeas2> MikeCJ – That was Sonja Amore/Naamah
Towne:
[01:48] <Circinus_Enquirer> Is there any chance for a story on Towne involving the native „Rodan“ giant avians, Greenburg’s Godzillas, and/or Kong Interstellar Corporation? 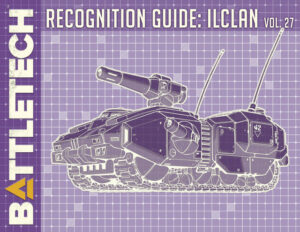 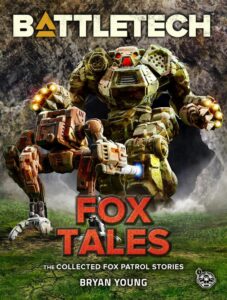 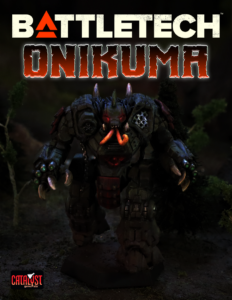 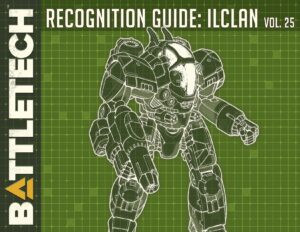 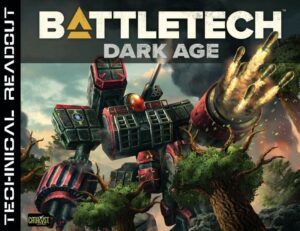 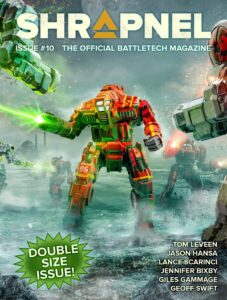 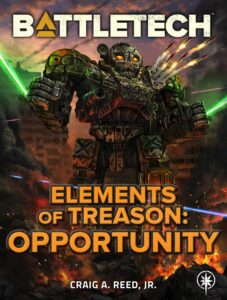