NEW FUNCTIONALITY: Size Matters has been added to BTA. This submod changes how combat works, slightly. Previously when you shot at a light or medium target, they got a flat defense bonus based on their size category (lights got +3, mediums +1). Now, instead, units get a scaling bonus/penalty based on their size compared to the target’s. For every 15 tons difference, the delta is a +1. If you’re 15 tons smaller, you get +1 to hit them. If you’re 15 tons bigger, you get a +1 penalty to hit them.
NEW FUNCTIONALITY: The Spare Parts Lootbox has been added. On day one of a new career, you’ll get this crate of nice shiny replacement parts so that you don’t have to scrap for literally anything to repair your mechs. There’s nothing fancy in here, just a few basic bits for newer players to have an easier time of it.
NEW FUNCTIONALITY: The BattleTech Training: Advanced tutorial has been added. This day one contract offer lets new players learn some of the ropes of our modified combat in a relatively safe environment. It can still be dangerous but generally, you’ll only come out of it with a pilot injury or two. If you’re not interested in a tutorial, just say no when offered.

NEW MECH: The Glass Spider, a 60 ton Clan heavy with twin Gauss Rifles. Find it with the Clans.
NEW MECH: The Sorcerer, a 95 ton (non-canon) SLDF mech from our very own Lt. Shade. There are 8 variants, most of them with the Kuritans or the Davions (there’s one with a sword out there too!).
NEW MECH: The Gladiator, the first Kuritan BattleMech, has arrived. This 55 ton trooper can be found, predictably, with the Kuritans and in the outer periphery powers in primitive form. It’s also in the Kuritan starting list.
NEW MECH: The Anvil, a 60 ton laser brawler. You can find it with the Mariks.
NEW MECH: The Salamander, an 80 ton LRM boat. You can find it with the Davions and Steiners.
NEW MODEL: The Bombard got a new, very very nice, model. Several Bombard models also now have leg spikes as appropriate. Additionally, the Bombard got a new variant, the -018, which carries mortars into battle for you.

Starting mech lists have difficulty descriptions so you know what you’re getting into, roughly.
Various weapons have had their bonus descriptions clarified so you know precisely how they work. (HAGs, MGs, MG Arrays, SBGR, UACs, RACs, for instance)
The Clan starting world moved.
The Monster has a proper portrait now.
BTA Pilot unique abilities used to go walkabouts and disappear. That’s been fixed. So have t-bone and Loki’s mech affinities.
Adder affinity corrected.
Royal Highlander affinity corrected.
Caseless AC2 ammo count corrected.
Warning put on Zombie the pilot to not purchase them.
Updated to Mission Control v1.1.3
Up-engined Dropship background option corrected.
Flashpoints no longer repeat after being completed.
A number of mechs and variants had hardpoints reduced (Vulcans, Titan-1A, Thunderbolt-9S, FS9-P)
The Argus-2D had hardpoints increased.
Toro was resized.
Nerfed the Vehicle Flamer.
Added some new Background starting options: one for the OG campaign pilots and one for the „Voice Actor“ pilots (Ledoux, Toufexis, Chaotic Harmony, Tex)
Thunderbolt misiles have been buffed (better ranges brackets, more ammo per ton)
Lunar/martian maps are a little clearer about how they work now and shouldn’t be buffing ranges to an absurd degree anymore, just a reasonable degree.
Snub-Nose PPCs now are actually 2 crits like they’re supposed to be. Enjoy.
Nukes exhaust like they’re supposed to.
Better AI updated. The AI should be a little sharper now.
Static ER Lasers had a small bug, it’s been fixed.
Monster Mash should now show up proper-like.

IMPORTANT: v7.2 is an „update“ update. Run the installer again to let it just update your files and you’re set to go. The installer auto-updates the CAB and injects Modtek for you. Reminder: This update, and others like it, are made possible by my Patreon supporters. Without their support, updates would come slower and be less impactful. If you feel like being a part of the support for BTA, you can find me here: https://www.patreon.com/bloodydoves 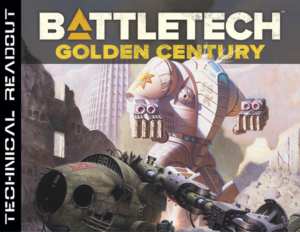