HPG Station: Hello Randall, thanks for taking the time to answer a few questions.

HPG Station: Fall from Glory was just released to the general public. Originally, it was released 17 years ago under the title Abkehr, but only in German. Can you tell us why we didn’t get the English version back then and why it took 17 years for the release in the language you actually wrote the book in?

RNB: Well first of all, just for extra clarity, Fall From Glory was released serially on the BattleCorps website many years ago, but that ultimately was seen by very few people.

As for why it wasn’t released in novel form in English for all of these years that encompasses several components. First and foremost, it always felt odd to me to release the first one in English when the third still wasn’t written (so I certainly was part of the problem). Second, we’d want to dedicate an all-new editorial pass, at a minimum, which meant resources placed here that were needed elsewhere. Finally, and most importantly, for most of that time Catalyst was not in a position to tackle the project of a „definitive author’s edition“ of this trilogy. It’s only been in the last three to four years that we have utterly transformed our fiction arm, and are publishing a slew of new fiction each year now, including short stories, novellas, short novels and full novels. As such, even if we’d decided to head down the path of this project, that last component might have stymied all attempts. So really, even though it’s hard to believe it’s been almost two decades, I honestly do feel that Catalyst is at a place–along with myself–to finally work on and publish the full trilogy, and it would have been a poorer experience for us and for readers if we’d done it earlier.

HPG Station: You said in an AMA there were more than 10 k words changed or added. Do you have a final number?

HPG Station: Did you change the story in any form or was it mostly fixes and fact check that were needed?

RNB: Really nothing changed about the story in this novel. This was all additions.

First, after rereading the entire novel and contemplating the character and thematic arcs that are built into this novel and then cover the entire trilogy, I had the idea to create and insert three Interludes that would go back to the Amaris Occupation. So much of what occurs with the Star League-in-Exile and the arrow pointing towards the founding of the Clans was not just the collapse of the League, but the traumas suffered under the occupation as well. I wanted to bring those elements strongly into this story.

Then, as the book was literally less than a week from going out to the Kickstarter backers, John Helfers mentioned that he felt we were missing a bet by not covering General Order 137, which would become the Clans‘ Hidden Hope Doctrine. I was actually a little surprised that I’d utteraly ignored that the first go through and completely agreed it should be included; it also gave me an opportunity to play with more scifi elements of how a fleet of millions try to survive in the vastness of space, which was very fun. The final chapter added, then, was a moment of Nicholas and Andery together, just as they reached the Pentagon worlds; a solid capstone to the first section that would lead more powerfully into the rest of the book as they make landfall and pursue colonization.

HPG Station: Was it a strange feeling to get back to a book you wrote almost two decades ago and work on it?

RNB: ahhaha. Absolutely. Especially since I’d always wanted to do it, but since so many years had gone by, it had become a personal albatross. Even with the push of the Clan Invasion Kickstarter, I still struggled to wrap my head around diving back in. But all of Catalyst finally helped me carve out the time–especially Loren–to get it all moving. And in the last month I’ve written over 40,000 words and am writing nearly every day, now, on the final book (as well as some other cool projects).

HPG Station: Was there any scene in the book that made you go „what the hell did I do there?“?

RNB: Not really in the first book. I’m still proud of that novel and the new sections simply improve upon that. Now the second novel, Visions of Rebirth…sigh. Yeah, that’s a whole other conversation we can have in the summer when it releases.

HPG Station: After so many years and with so many books released since the German version and the book unavailable to most of the other writers and fact checkers, was there anything mayor that had to be changed, because it no longer fit into canon?

RNB: Actually there was only one small canon change we made. When Chris Hartford and Christoffer Trossen wrote Operation Klondike they faithfully folded in all of the extent details from the first two novels and since I was there helping with the development, we were able to really bind it all together. And as I’ve been working through all of these books–and especially now writing book three–I’m once again blown away with how fantastic that sourcebook is and how much I’m using it as inspiration for events that I’m weaving back into it from the novel perspective.

However, the canon change actually came when I wrote that General Order 137 chapter. As I really thought through the story elements, and how things were set into motion, and how the various characters might and would react, the pre-existing date didn’t work. And ultimately came to the conclusion–and I made sure to have the Line Developer, Ray, signed off on it after I presented my arguments–that General Order 137 needed to be December 5th, not October 5th as previously stated.

RNB: As I hinted above, unlike the first novel which on the whole still hung together very well, book 2 had…serious issues. Again, I’m not changing what’s in there. However, the skeleton was so sparse that it was difficult to really get a sense of the larger story arc, while also conveying Andery’s character arc. And part of that is fifteen years later I’m simply a better story-teller and can look at it and realize the issues that are there. So in addition to the three new Interludes that once again go back in time, there’s half a dozen chapters that were added to put that needed meat onto the bone, which ultimately meant around 25,000 words were added to the book. As I mentioned above once that novel releases, we can dive back through a series of questions once more.

HPG Station: Thank you for your time.

RNB: Absolutely! I hope everyone has the chance to enjoy this edition of the full trilogy as much as I’ve enjoyed diving back in to finally make it a reality. Thanks for the reader’s patience to allow us to reach this point! 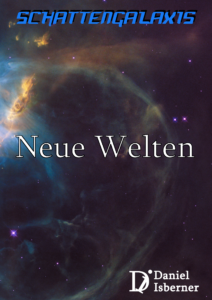