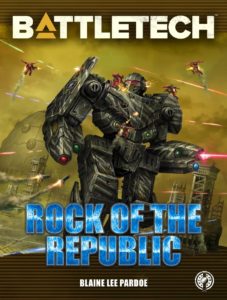 Exarch Devlin Stone, hero of the Word of Blake Jihad and architect of the Republic of the Sphere, has returned to Terra only to find his beloved nation under siege and in danger of breaking apart. As threats bear down on the Republic from all sides, Stone and his inner circle must move fast to bolster Terra’s defenses from all who seek to conquer the birthplace of humanity.

However, not all of his allies have heeded Stone’s call to arms. Former Exarch Damien Redburn, who left Terra to defend the Republic’s borders from the rapacious Clan Wolf, was cut off when the walls of Fortress Republic rose. Without support or reinforcements, Redburn, the Fidelis, and Countess Tara Campbell’s Highlanders have held the line against the Wolves for years, but the never-ending campaign has pushed all of them to their breaking points.

Is Stone’s return genuine, or a carefully crafted hoax? Can Redburn be brought back into the fold, or has he gone rogue for good? In the end, Stone, Redburn, and their allies must each decide their path before tensions can erupt in a clash that could shake the very foundation of the Republic. 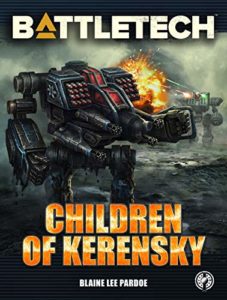